As he passed by, he saw a man blind from his birth. And his disciples asked him, “Rabbi, who sinned, this man or his parents, that he was born blind?” Jesus answered, “It was not that this man sinned, or his parents, but that the works of God might be made manifest in him.”

Some people thought that suffering was a punishment from God. That is why the disciples asked Jesus who was responsible for that man’s blindness. But Jesus explained that it was not due to anybody’s sins. The ‘purpose’ of his suffering was “that the works of God might be made manifest in him.” Suffering is not a punishment from God. It wasn’t part of His original plan. But now God can use it to manifest Himself. It is like God’s megaphone to remind men that He is there and can help us.

A little boy had just come out of the operating theatre after his appendix had been removed. Remembering his pain before the operation he asked his mum, ‘Mum, why did God allow me to suffer that much?’ ‘So that you would come to hospital’, the prudent mum replied, ‘and doctors could heal you. If there was no pain you would have died from the infection before you knew something was wrong.’ In the same way that pain is a sign that something is wrong in our bodies and rouses us to seek help, suffering in the world tells us that something is wrong in it as a consequence of sin; it impels us to go to God for help. Thus, the works of God might be made manifest in us.

Certainly, people may argue, God could remove it and, if He loves us… why doesn’t He? Think: teachers could give an A to all their pupils on the first day of school and spare them the effort of learning. Many pupils would love it, but would it help them? Surely, no one would learn anything. No one would be happy with their A. However, if the good marks are a result of their effort, they – and their parents – would be proud of them. The blind man was overwhelmed with joy after all those years in darkness. He was happier than all those around him who had always been able to see. St Josemaría taught that joy has its roots in the shape of a Cross. “No pain, no gain”, they say. Well, it applies to joy as well. Holy Mary, Cause of our Joy, may I never lack joy. 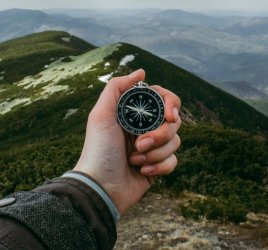