Behold the Lamb of God | iPray with the Gospel

The next day he saw Jesus coming toward him, and said, “Behold, the Lamb of God, who takes away the sin of the world! This is he of whom I said, ‘After me comes a man who ranks before me, for he was before me.’ I myself did not know him; but for this I came baptizing with water, that he might be revealed to Israel.”

“Behold, the Lamb of God” the priest says during Mass when he lifts up the Body of Christ, “behold Him who takes away the sins of the world”. The reference to the Lamb makes sense, as you know, in the Jewish tradition. A lamb was sacrificed every year at the Passover. It commemorated the liberation of Israel. That sacrifice saved the people of Israel from slavery in Egypt. But it didn’t forgive sins. The new Lamb of God was to be sacrificed once and for all. That Lamb had power to release us from the slavery of sin.

Just as the lamb was sacrificed in Jewish homes, so too Jesus, the Lamb of God, was sacrificed. They drained its blood; likewise Jesus lost His Blood during His Passion. Just as the blood of the lamb on the door-posts was a sign of salvation from death in Egypt, so too the Blood of the Lamb of God is a sign of salvation from sin. But there was something very important about the lamb of the Jewish rite of Passover: it had to be eaten! Likewise Jesus now is ‘eaten’ in Holy Communion.

Human beings need physical contact to express love: caresses, kisses, hugs or holding hands are all tokens of affection. When there is real love, SMS, whatsapps or phone calls are never enough! We need physical contact because God made us physical beings. Because of that, we need to ‘touch’ the Lamb of God. We need Holy Communion.

Our Lord once said to St Faustina: ’My daughter…When on Holy Thursday I left Myself in the Blessed Sacrament, you were very much on My mind’. Think about it slowly: when Jesus decided to stay in the Eucharist, you and I were very much on His mind! What a responsibility we have to convince Him that it was worthwhile to wait 2,000 years in Tabernacles all over the world until we came to thank Him for the Eucharist. Mary, Mother of the Lamb, help me to grow in love for the Eucharist.

Revealing the Heart of Christ 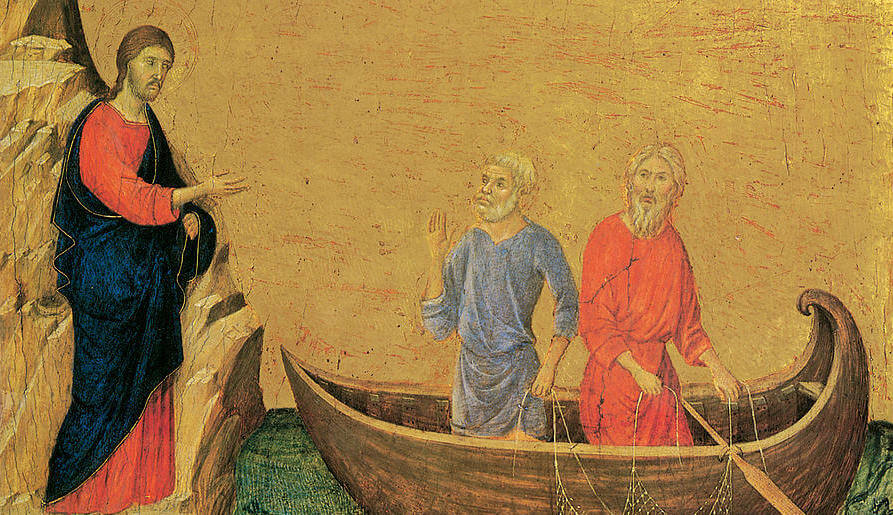 I Will Make You Fishers of Men | iPray with the Gospel

Do Not Be Anxious About Tomorrow | iPray with the Gospel