Stories of Intercession: “Confident in Prayer”

Getting the money together to visit from Australia did in itself feel like a miracle. When we set out, we arrived in Vienna first. We spent one night there, and were then due to go to Ireland the next day. We were going to spend Christmas in Knock, and were due to arrive in Ireland on the 21st of December.

When we went to pay at the hotel in Vienna, the  bank card  we used declined. This should not have happened. We tried again, and it didn’t work. There was no reasonable explanation for this at the time. Amid some embarrassment, we did end up being able to pay, and we spent the night in Vienna. Our banking troubles continued. We could not explain how this misshap with the card happened, and when logging in to our account,  it seemed that we would not be able to pay for a rental car in Dublin so that we could travel to our accommodation in Knock. This would have left us stranded. One of our daughters also suffers from a chronic illness, which put an added urgency on the need for us to make it to our accommodation.

We prayed the prayer card to St Josemaria asking for his help. When we arrived in Dublin, we were not feeling confident, however we approached the rental car company and presented our card for payment. It worked, but our troubles continued. We did get to our accommodation, however when we went on Christmas Eve to buy groceries, our card declined again, and again, and again. Every other customer before and after us at the grocery store was able to pay, and even the sales assistant said that he had never known this to happen, and had no reasonable explanation for it. He did not understand the error message on his terminal. We tried a cash machine, and it would not work. We continued to pray to St Josemaria. The manager of the store gave us the groceries, and we promised to come back to pay after Christmas, which we were able to do. Without this help, we would not have eaten over Christmas, which would have been particularly dangerous for our daughter who was unwell.

Our banking troubles did not stop until after New Year, and then everything returned to normal use. This phenomenon was completely inexplicable. We had wanted to make the pilgrimage with our family for many years, and through sickness and other reverses were not able to. We are confident, that all these banking difficulties were overcome through the intercession of St Josemaria who we prayed to throughout. Thank you, St Josemaria.

If you have experienced big or small favors in your life, especially through the intercession of St Josemaria, please click here to tell us your story. By sharing your story with us you can also reach the hearts of others and bring them closer to God.

St. Josemaria Escriva, Pray for Us! 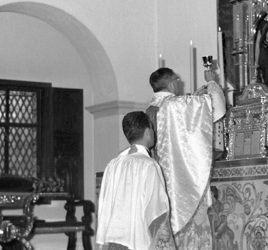 Holy Mass in the Christian’s Life 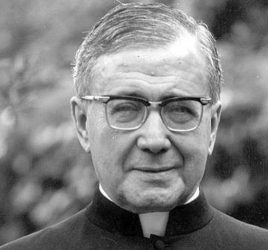 41 Years: "Helping from Heaven" - The Favors of St. Josemaria Escriva 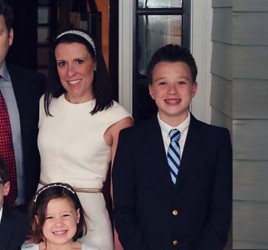 Stories of Intercession: "Coming into the Church"