As we celebrate Independence Day in the USA (July 4th), Fr. Javier del Castillo invites us to pause and pray about the role, purpose, and good of temporal authorities and why the right ordering of society should be built upon reason and natural law.

– What Jesus taught about temporal authorities
– How Joseph obeyed government laws and traveled for the census, even though Mary was pregnant
– How Jesus was subject to the authority of Mary and Joseph
– When St. Paul had recourse to his Roman citizenship
– How the state should help us fulfill the mandate to “till and keep the garden” (Gen 2:15) and promote the common good
– Why the state is something willed by God
– What happens when those is power ignore God and the natural law
– Why the right ordering of society should be built upon reason and the natural law

“There are two legitimate realms of authority, and the authority of Caesar, of the temporal order, is willed by God. It is something that we should respect.”

“Our Lord himself even recognized the authority of Pilate at the very moment of being sentenced to death.”

“The state is something that is willed by God, to always have an authority that works towards the common good.”

“We are the ones that are going to deliver the world from its slavery to corruption into the freedom of the sons of God. We cannot just abandon society.”

“We have to introduce the world to a new civilization of love, and that’s our call as children of God.”

*This podcast was originally published in 2015. 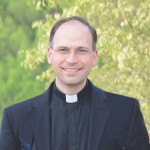 Fr. Javier del Castillo is a priest of the Prelature of Opus Dei. He holds a Bachelor’s degree in Electrical Engineering and a Doctorate in Philosophy. He currently carries out his pastoral ministry in Chicago and is Vice President of the St. Josemaria Institute. 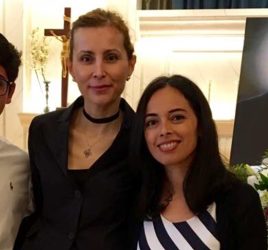 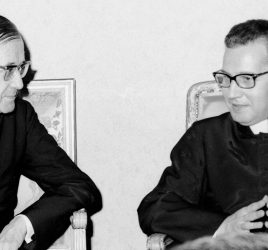 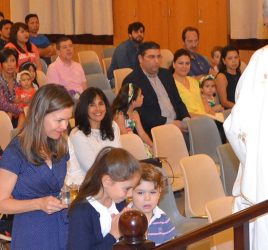