The crises that the Church and the world face are “crises of saints.”

This insight of St. Josemaria Escriva, the 35th anniversary of whose birth into eternal life the Church celebrates tomorrow, points to one of the most important lessons we can draw from ecclesiastical history. There have unfortunately been many scandals in the Church throughout the centuries — from popes, bishops and priests living in open violation of chastity, to crusaders pillaging Orthodox cities and defiling their women, to vast sections of the baptized proudly conducting themselves as if God didn’t exist and Jesus Christ had never come — but in response to each of these situations of widespread infidelity, God has always raised up saints to try to lead the Church back to its true identity and mission.

Over the past several months, as the Church has been facing anew the crisis of trust and credibility brought about by the double evil of the clerical sexual abuse of minors and the inadequate response of shepherds to eliminating it, I have been meditating on the lessons the Church today should draw from the saints God raised up in the past to guide the Church to respond in a fully Catholic way to scandals.

It’s not enough for the Church in scandalous situations to do all that common sense and secular crisis management consultants would advocate. It’s not sufficient in this situation just to develop, implement and follow new protocols for the protection of children and the handling of accusations, to do better psychological screening of seminarians, and to bind the wounds of those who have suffered at the hands of Church ministers. The Church has to get to the roots of the deeper crisis of faith and morals that enabled such egregious sins of commission and omission against children, against God, and against the whole Church to happen — and to remedy them.

Over the course of the next several weeks, therefore, I’d like to focus on some of the lessons the saints — the Church’s real “crisis” management team — teach us about how to address the predicament the Church confronts today.

I’d like to begin with St. Josemaria Escriva, since his feast day tomorrow gives us the chance to learn from his example and invoke his intercession. I think there are three great lessons we can learn from what God called this heroic Spanish priest to do.

The first and most obvious thing we learn is that priests and all the faithful are called by God to be holy in their day-to-day life. In 1928, by means of a mystical experience, God called St. Josemaria to found Opus Dei as a means to help all members of the Church, in whatever their state of life, to seek to holiness through sanctifying their daily duties. He founded the Priestly Society of the Holy Cross specifically to try to help diocesan clergy become holy through sanctifying their priestly work; as a diocesan priest and popular clergy retreat master, he noticed that the mere teaching of the faith, celebration of the sacraments, administration of the Church’s goods and pastoral care of Christ’s flock would not of itself make priests holy. He tried to help priests achieve a genuine unity of life, in which all of their activities would be integrated within a life of prayer and loving interior moral adhesion to Christ.

One of the most obvious failures in the recent crisis has been this lack of a holy integration, as many priest abusers gained reputations as eloquent preachers, pious celebrants, charismatic youth leaders, or charitable ministers to the marginalized while at the same time, in secret, they were living a double-life, devouring those entrusted to their care. St. Josemaria forcefully taught what the Church has always held: that priests, like all the faithful, are called to be holy, and that this holiness is to be lived by a loving fidelity and total commitment in private and in public. When standards get downgraded for priests, expecting them no longer to be saints but merely to be good and likeable, when priests concede themselves time “on” and time “off” with regard to their vocation to be icons of Christ in the world, we should not be surprised that some priests fall into moral abysses.

The second thing St. Josemaria teaches is the importance of genuine priestly fraternity as a means to help priests strive toward this holiness. In preaching priest retreats and through his work in the Priestly Society of the Holy Cross, he reminded his brothers that they need each other, that Christ sends his ministers out not as loners but at least two-by-two, and that Christ wants them to support each other, not toward any goal, but to fulfill the mission that corresponds to their identity and calling. One specific application of priestly fraternity he always stressed was the obligation priests have to give each other fraternal correction (Mt 18:15-17). Priestly fraternity is not meant to be the courteous amiability of a cocktail party, but the genuine charity that is willing to risk displeasing a brother by raising questions about his wandering from a holy path — through lack of devotion, disobedience, alcoholism, impure behavior, and so forth — before he veers off too far and does severe damage to himself and others. There was obviously a breakdown in this type of priestly fraternity that led to the crisis, and there’s still much work to be done here with regard to priests’ and bishops’ holding each other accountable to their holy vocation on behalf of God for the good of his Church.

The third — and perhaps most significant — lesson we can draw from St. Josemaria is about the importance of sincerity. We all need to think the truth, speak the truth and live the truth and he sought to form people to be truthful with God, with themselves and with others. The great battle between Christ and the devil in human souls concerns the truth: Christ is the truth who sets us free while the devil is “a liar and the father of lies” who seeks to enslave us in a self-imposed prison cell of mendacity and deceit (Jn 8:32,44). St. Josemaria recognized we are all vulnerable; one of the virtues that helped the apostles to remain faithful was that, “for all their evident and undeniable weaknesses,” they were “sincere, simple … transparent.” He encouraged everyone to imitate those virtues by being “savagely sincere” in spiritual direction and confession, by relating first “what you would not like to be known,” and by living “in the presence of God in such a way that we never have to hide anything.”

The clergy sex abuse crisis is replete with multiple forms of insincerity. Priests with demons often failed to acknowledge their evil inclinations to themselves or others. They manipulated the truth to molest the young and then lied to them about their complicity in the act and the eternal consequences of their telling others about the abuse. Various chancery officials made promises to the families of victims they didn’t keep and stonewalled on occasion to prevent the truth from coming to light. In doing so, they injured the Church’s credibility as a truth telling institution. Sincerity — candidly to confess our sins, to own up to responsibility, to tell the truth even when it hurts — remains one of the most urgent virtues those in the Church needs to bring about the Church’s recovery.

Every crisis is a crisis of saints. The only fully adequate response to the clergy sex abuse crisis, St. Josemaria would insist, would be for priests and faithful alike to recommit themselves to the holiness God intends. We need to pray for each other and seek concretely to help each other achieve a true unity of life. We need to love each other enough to correct each other when we see the other erring from the footsteps of the Lord. And like the apostles we need to be savagely sincere, transparent and simple with ourselves, with God, and with others so that we may be set free in the truth and live it. Let’s together ask St. Josemaria to help us and the whole Church all along the path of the universal call to holiness erected on these foundations. 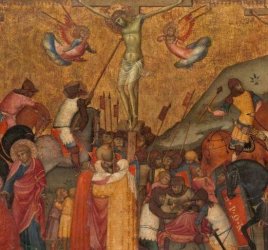