Time Magazine: Would you explain the central mission and objectives of Opus Dei? On what precedent did you base your ideas for the Association? Or is Opus Dei something unique, totally new within the Church and Christianity? Can it be compared with religious orders and secular institutes, or with Catholic organizations like the Holy Name Society, the Knights of Columbus or the Christopher Movement?

St. Josemaria Escriva: Opus Dei aims to encourage people of every sector of society to desire holiness in the midst of the world. In other words, Opus Dei proposes to help ordinary citizens like yourself to lead a fully Christian life, without modifying their normal way of life, their daily work, their aspirations and ambitions.

As I wrote years ago, you could say that Opus Dei is as old and as new as the Gospel. It intends to remind Christians of the wonderful words of Genesis: God created man to work. We try to imitate the example of Christ, who spent almost all his life on earth working as a carpenter in a small town. Work is one of the highest human values and the way in which men contribute to the progress of society. But even more, it is a way to holiness.

With what other organizations can Opus Dei be compared? That question is not easy to answer. When one compares organizations which have spiritual aims, there is always a risk of considering external features or juridical status to the detriment of what is more important, the spirit that animates them and is the raison d’etre of all their activities.

I shall merely say that with respect to the organizations you mentioned, Opus Dei is very far removed from religious orders and secular institutes and close to institutions like the Holy Name Society.

Opus Dei is an international lay organization to which a certain number of secular priests belong, although they are a small minority. Its members are people who live in the world and hold normal jobs. They do not join Opus Dei to give up their job. On the contrary, what they look for in the Work is the spiritual help they need to sanctify their ordinary work. Thus their work becomes a means to sanctify themselves and help others to do the same thing. They do not change their status. They continue being single, married, widowed or priests. What they try to do is serve God and their fellow men in their own state in life. Opus Dei is not interested in vows or promises. It asks its members to make an effort to practice human and Christian virtues, as children of God, despite the limitations and errors that are inevitable in human life.

If you want a point of comparison, the easiest way to understand Opus Dei is to consider the life of the early Christians. They lived their Christian vocation seriously, seeking earnestly the holiness to which they had been called by their Baptism. Externally they did nothing to distinguish themselves from their fellow citizens. The members of Opus Dei are ordinary people. They work like everyone else and live in the midst of the world just as they did before they joined. There is nothing false or artificial about their behavior. They live like any other Christian citizen who wants to respond fully to the demands of his faith, because that is what they are.

About the history of Opus Dei:
Uncommon Faith: The Early Years of Opus Dei (1928-1943) by historian John Coverdale tells how Opus Dei’s founder, St. Josemaria Escriva, vigorously carried out the organization’s development and growth from its very beginning in 1928. The book is available from the St. Josemaria Institute Shop. 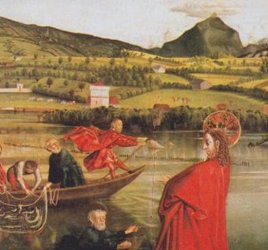 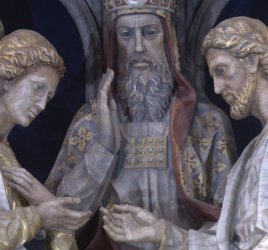